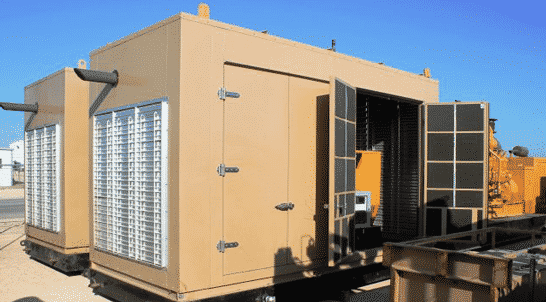 Natural gas generators are a viable alternative to diesel-powered generators, especially in primary power applications, or those requiring extreme emissions regulation. Though they vary slightly from diesel engines, the two have more in common than not. They share more than three-quarters of their components, including the engine block, piston rods, main bearing, crankshaft and EGR systems. It’s the elements that they don’t share that makes them so different. We will go over those aspects shortly, but first, let’s get a better idea of what natural gas is.

What is Natural Gas?

Natural gas is a hydrocarbon gas mixture. It consists mostly of methane but can contain small amounts of hydrogen sulfide, nitrogen, carbon dioxide and sometimes even helium. Over millions of years, plant and animal remains have decomposed in pockets under the surface of the Earth, exposing the gases to intense heat and pressure. Energy originally obtained from the sun is stored in the gas. It is drilled, piped, refined and then stored in tanks for use.

Most of us are familiar with how our diesel engine’s air intake systems work, if not have a look at these articles. Like diesel engines, natural gas generators utilize EGR(exhaust gas recirculation) and air from the environment mixed with fuel. However, due to being in a gaseous state, as opposed to atomized liquid, natural gas engines can take advantage of stoichiometric combustion, where 100% of the fuel gets consumed. Not only is this ideal for higher power density and increased fuel economy, it lowers exhaust emissions drastically.

Because 100% of the carbon, hydrogen, and sulfur are burned with the oxygen in the combustion process, natural gas engines have the lowest exhaust emissions of any of the commonly available fuels. This enables them to utilize a 3-way catalytic converter, similar to those found on gasoline vehicles. This is a much simpler process than diesel, which uses an active after treatment system that includes diesel particulate filters and selective catalytic reduction components.

Overall, natural gas generators are quieter, cleaner and more fuel-efficient than their diesel counterparts, making them ideal in situations where they will be used as a primary power source. Unless the generator is connected directly to a natural gas line, the fuel tanks can be expensive and are more volatile to store and transport than diesel fuel. For standby service and remote locations where access to natural gas lines is limited or impossible, diesel generators are usually the best solution.

If you are unsure which fuel type is best for your application, give us a call.